Alex is a long-time athlete of Special Olympics, a trained Athlete Leader. He has a very curious mind and likes to research and read, especially about games and science. He may be silent at times because he gets lost in his thoughts, visualizing concepts, and ideas. He likes to inspire people and help others in any way he can.

When he was a little child, Alex was playing and running when he accidentally tripped and fell on a steel pipe which went into his head. This caused partial damage to his brain function and caused his intellectual disability. He grew up having difficulty coping in school. He hopped from one school to the other, until he found Cupertino Center for Special Children and this was where he was introduced to Special Olympics and swimming. Later, he was able to enter school in Quezon City and was able to finish high school. He recalls the struggles having to read school materials over and over before he could understand, but because he was determined to overcome challenges, he persevered. Until today, Alex strives hard to learn, especially in the things that he is interested in.

Alex has joined Special Olympics trainings and events in athletics, basketball, and swimming, but focused on bowling. Alex is known as a bowling whiz. His love for bowling started when he joined a Unified Bowling activity where the members of the Philippine National Bowling Team were guests. He was inspired by the legendary Paeng Nepomuceno and since then, he made a promise to himself that he will learn the sport and be great at it. And he did just that. Aside from weekend Special Olympics training, he trained by himself in a popular bowling alley in Metro Manila. There, he met other bowlers and staff who gave him tips on techniques and strategies. He played 3-4 times a week; he met Vychee, a staff at the Pro Shop, who taught him ball drilling. He got so interested in it that he has learned the science behind bowling balls and the importance of ball drilling. He wants to work in a ball drilling shop one day. He represented the country playing bowling in the Special Olympics World Games held in Abu Dhabi in 2019.

Alex is also a musician, an artist, and a gamer. He loves to play the guitar and sing; he draws well, too. During his free time, he also plays video games, specifically multiplayer online battle arena games (MOBA). During this pandemic, he was eager to learn about learning a new language; he would watch YouTube videos to learn more.

One of Alex’s goal in life is to become a professional bowler and will use the money he will earn to buy bowling equipment for Special Olympics athletes. He knows very well how Special Olympics has changed his life and he desires for more people to experience the same. Being part of the Special Olympics Pilipinas Board is a great opportunity to be the voice of all the athletes in the Program, help open more opportunities for people with intellectual disabilities, and change negative attitudes and mindsets of the society about people with intellectual disabilities driving everyone to be more inclusive.

For Alex, “Inclusion is like the union of stars; no one will be left behind. Everyone accepts and helps each other unconditionally.” 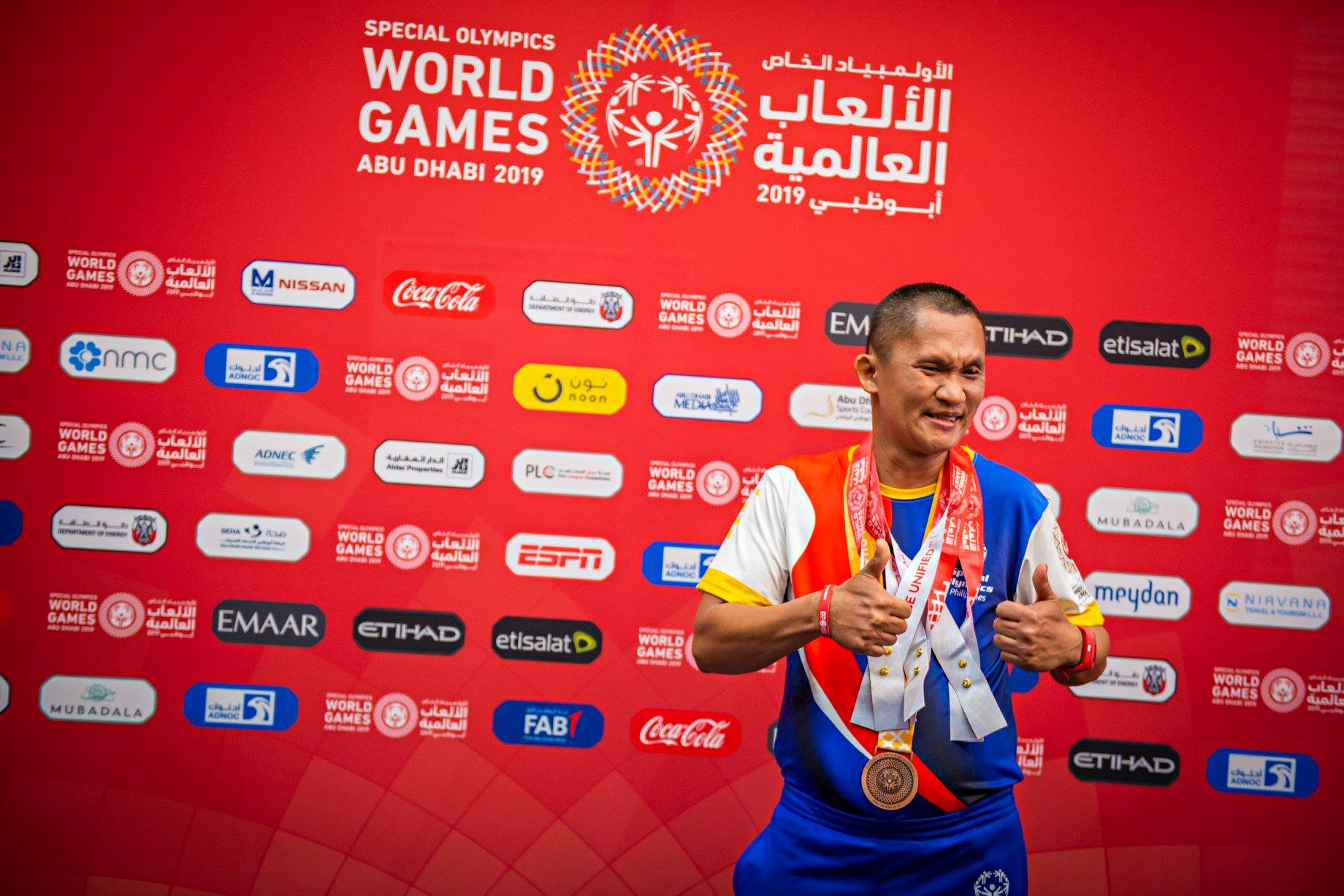